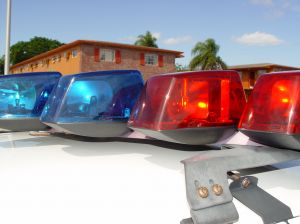 There has been so much negative news lately about police officers and the use of deadly force. When someone is in police custody, or has contact with the police, and they appear to be unarmed, and the contact ends badly, the news media seems to bold the phrase “unarmed” as if unarmed means ‘docile and not dangerous’. A friend of mine posted a letter written to a newspaper entitled “Unarmed Does Not Mean Not Dangerous” and the letter is spot on. http://www.ocregister.com/articles/unarmed-667414-officers-year.html

Hands and feet can be a weapons, being under the influence of a narcotic can make the whole person a weapon, a group of people may not have weapons but out numbering the police can be more dangerous than a weapon, and the size of a suspect versus the size of an officer can be more dangerous than a weapon. Officers are trained to evaluate a lot of variables when they confront a suspect, or simply stop to investigate a subject or situation that looks off.  The scariest thing that can happen is underestimating a suspect because he/she was unarmed. A highly motivated, unarmed, individual intent on doing harm to a cop is extremely dangerous.

There is a disturbing video floating around the internet from an officer’s dash cam. It’s a recording of a traffic stop gone horribly wrong. The female officer in the video is small and slightly built. The man she has stopped is at least three inches taller than she is and at least 100 pound heavier. He’s not armed, and there is no audio, but at one point it becomes obvious the man does not want to do what the officer is asking him to do. BAM, in a second he slugs her, knocks her down, and straddles her, punching her violently in the head and face. She is immediately incapacitated. When he finishes pummeling her, he stands up, points at her and yells something, then gets in his car and drives away, leaving the officer lying in front of her squad car.

If this officer had been able to shoot the man you can be sure the first word in the news article would be “unarmed.” I’m not sure how it turned out for the officer, I pray she survived, but if that had been me, I know I’d never be the same. She was fortunate he did not take her weapon and shoot her, she never would have been able to stop him. I can’t stress enough, “a highly motivated, unarmed individual intent on doing harm to a cop is extremely dangerous.”

Officers contact people often in highly emotional states.  Statistics show that if a suspect is able to take an officer’s gun away he is more likely than not going to use that gun against the officer. When a situation goes south an officer cannot afford to hesitate, because you can bet the crook will not hesitate. I would hate to hear of an officer hesitating because of the climate in the media right now and losing their life.

Law enforcement is a tough profession, and the vast majority of men and woman who work the streets in patrol capacity want to help people, they are ready in a second’s notice to jump into a dangerous situation to do just that. Pray for police officers, it is a dangerous world out there and they need the support of the people they protect.

5 thoughts on “Unarmed Does Not Mean Not Dangerous”