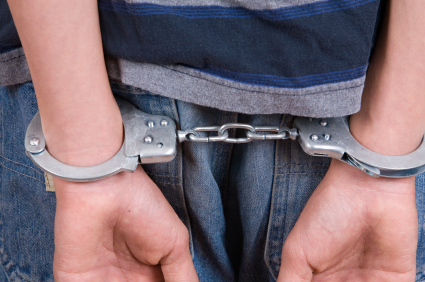 One of the first arrests I made as a police officer was of a man who’d just murdered his live in girlfriend. He dragged her out into an alley and shot her in the head, many people witnessed the crime. He actually turned himself in to me, handed me his gun and confessed. Later, I learned that he’d been threatening to kill the woman for weeks. He told just about anyone who would listen his plans. He was convicted for the crime and went to prison.

Seven years later he was out on parole.

I still can’t see the justice in that. Such a light sentence devalues the life of the victim, in my opinion. But it’s one step better than never seeing any justice, like what happens in a cold case. People committing murder and seemingly escaping justice is the greatest of injustice. Here is a small slice of current cold cases in this country:

I agree with Proverbs 12:15, “When justice is done, it is a joy to the righteous but terror to evildoers.”

I know that there is ultimate justice for everyone, but I can’t imagine the pain and torture in this life for family members who fear they will never see justice for their loved one.

Years ago there was a TV show called The Twilight Zone. One episode depicted clearly and cleverly the idea that justice may be delayed, but it can’t be avoided. It was a kind of what- goes -around -comes- around tale. The first scene is of a man in the old west on a horse with a rope around his neck. As he waits to be hanged he taunts the father of the man he murdered, obviously not repentant. The sheriff smacks the villain’s horse and the horse lurches away to leave the man hanging, but suddenly the man disappears and everyone is looking at an empty noose swinging from the tree.

Next we fast forward to the 1960’s, a scientist is tending to the man who just had the noose around his neck. Seems this scientist is dabbling in time travel and he reached back in time and blindly pulled someone forward, not knowing he rescued the man from capitol punishment. He finds out soon enough. The criminal gets stronger and then kills the scientist and rushes out into a new world that he cannot comprehend. After wandering, and not understanding cars and electricity, the criminal makes his way back to the scientist’s office. He has no clue about what to do when a petty thief breaks in to rob the office. They scuffle, and the thief ends up killing the villain, strangling him with the cords on the office blinds.

The thief then wanders through the office, looking for things to steal. He ends up inside the time machine, pushing buttons, looking for a safe to open. You guessed it, he pushes the wrong button and ends up back in time, at the end of the noose where everything started.

Nobody really gets away with anything in this life.

I can’t imagine how people deal with the never knowing, with never seeing justice, but the mother of the two girls in the last case listed above, she lost her 12 year old daughter in 1969, and then her other daughter years later in 2001, says it best:

“This is never very far from my mind, but I can’t solve it,” she said. “I have turned it over to the Lord. My grandmother used to say, ‘God does not pay off on Saturday nights,’ so I figure it is in his hands. He knows all things and it’s not hidden from him.”