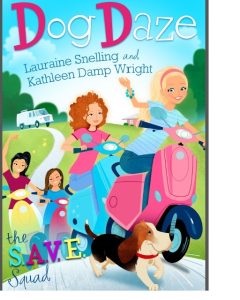 (Blog post written by novelist Kathleen Wright)
In August 0f 2011, I stopped writing fiction. Stopped obsessing on how I was spending my time and how much time was spent avoiding sitting down and working on fiction projects. Gave up the idea that I was actively working on a publishing career. Additional income was needed. It wasn’t coming in through fiction. I had been dropped by the agent the previous November. Had I been kidding myself I had what it took to be a published author?
So I quit. Or tabled it. Or set it aside. Not sure even now what’s the right term. Did I stop thinking about my stories or new story ideas? I did not. They flowed unchecked. Rather entertaining actually, because I didn’t plan on doing anything on them. At least not now. Maybe not ever.
I moved into online tutoring, began my tenth year of teaching writing at the homeschool cooperative, and started lifting weights–sporadically. I got pickleball started at my rec center, began BeamFit classes for balance and flexibility–sporadically. I continued to regret a prevailing pattern in my life–inconsistency.
Then I began to hear about grace and mercy in a sermon series. As a Christian, I’d heard about it lots before. I was, after all, saved by grace and not by anything I did. For some reason I thought the two words were interchangeable.
That grace is God’s enabling ability seemed a brand new thing. Call me a slow learner, hearing impaired. (Insert your favorite NOT GETTING IT phrase.)
A friend of mine is fond of repeating the Buddhist saying, “When the student is ready, the teacher will appear.” In the wonderfulness of God, I didn’t know I was ready, wasn’t thinking of getting ready, yet He showed up and began to shine some love light, in the form of grace.
The G-shells:
The Sunday I heard this: Learning how to do it all right is not grace” another G shell detonated. I leaned over and whispered to my husband: “That’s what I’ve been doing with my fiction writing.” I read all the techniques, faithfully ingested the “rules” of publishing and what sells and what isn’t, etc. Availing myself of the amniotic fluid of grace which surrounds me and doesn’t have to be chased or “got” had been a foreign concept. I was living as though grace had finished its work when I said yes to the sacrifice that Jesus offered as my way to become friends with God.
The pastor offered the opportunity to pray for those who might have stepped off the grace path. When he prayed for me, he said something about not thinking anything “outlandish” or too much. I thought of my fiction, tucked away in computer files.
That was Sunday, November 14.
On Wednesday, my dear friend Lauraine Snelling left messages on cell and home phone. When I finally connected to her, she was barely able to speak for her excitement. A four-book series for ages nine-twelve that we had developed in 2006 and put out for interest had been sold.
The first book in the series is scheduled to launch in Spring 2012.
Four years. I had quit. Grace hadn’t. 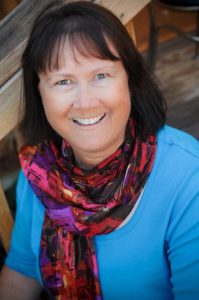