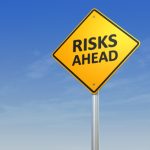 I love to watch true crime shows. One of my favorite is called “Disappeared.” To me the most frustrating thing in the world would be a loved one who simply vanished without a trace. Disappeared is the story of the search for people who, most of the time, are never found. I often try to put myself in the investigators shoes, was there something else that I would have done, a question I would have asked. Sadly, many times when it’s a woman gone missing, I often find myself saying, what were you thinking? It amazes me how naive some women are. They are too free with their information on the internet, too trusting when it comes to strange men, and too vague with close friends and family members about their plans. Be safe, don’t do obviously unsafe things.

Often women are hurt because they trusted what a complete stranger said on line. Years ago when internet dating was just getting started, I knew a couple of people who traveled to other states to meet individuals they had connected with on line. At the time I thought it was stupid, people on line can say anything. And in both cases I was right. Both of my friends were disappointed in the person they went to meet: the person was not who or what they represented on line. Thankfully neither of my friends got physically hurt. Yet there are still people who trust an on line persona and end up getting hurt, or worse, disappearing. It’s usually a woman who gets victimized by some guy on line, but it could also happen the other way. Bottom line, know who you are talking to before you set up a meeting with an internet acquaintance. (Better to meet people the old fashioned way, in person and formally introduced)

Another thing I noticed was that often people who live alone don’t let friends or family know their plans. I’ve seen programs where women take off for another city without telling anyone where they are going, who they are seeing, were they are staying, etc. By the time family and friends realize something is wrong, an investigator is knocking on their door. Let someone know your plans if you travel alone and check in with someone when you arrive.

Now most of the time when people meet with foul play, there is nothing they could have done to prevent it. But there are times when simple common sense decisions will save you and those you love a lot of grief.