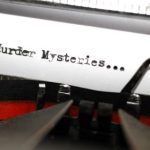 There is a  line from the TV show Castle that goes something like this: “Two types of people sit around and try to think of ways to kill people, psychopaths and mystery writers, I’m the one that pays better.” Since I write suspense and mystery, I too sit around ant try to think of ways to kill people. A question that often comes to mind, Is there a perfect murder? I’m sure people have committed murder and have not yet been caught, but could someone really plan and commit  a perfect murder? Here are two real life scenarios of  people who tried to do just that.

Scenario one: A man, I’ll call Homer, is drowning in debt. His life insurance policy is worth 4 million dollars. Trouble is, he has to die to collect the money. So he devises a scheme to only make it look as if he has died. He lures another man, I’ll call him Tim, with a similar build to his garage, kills him and then sets the body on fire, making certain to remove all of Tim’s ID and replace it with his own ID, then he flees in Tim’s car to another state with Tim’s ID and credit cards, planning to become Tim since everyone will think the burned body in his garage is Homer. Homer had help from his wife who probably planned to collect the life insurance money and then join her husband.

Scenario two: A devoutly Hindu man is furious when his son, I’ll call him Moe, marries a non Hindu woman, I’ll call Grace. Despite the father’s fury, the couple seems happy, they have a baby daughter and life seems to be going smoothly for them. They move away from angry daddy to the town where Grace’s parents live. And tragedy strikes, Moe tells Grace and her family that his father has died suddenly. He attends the funeral in India by himself. Then one day some time after that, Moe comes home from work to find Grace stabbed and strangled in their apartment. The baby is unhurt but there is no evidence left at the crime scene as to who killed Grace and why. The case goes cold for years.

The first plan seemed to work for a while. Tim’s body was burned beyond recognition and initially police believe Homer is the dead man. But this crime really was not well thought out. First of all, Tim had family who knew immediately something was wrong when he didn’t come home. They went to the police right away so when Homer used Tim’s credit card to rent a hotel room, the jig was up. Tim was in the system as missing/endangered so police were sent to check out the hotel room. Homer, realizing he was found out, killed himself when police knocked.

The second plan almost worked. With no evidence at the crime scene and no suspects since the only person that hated Grace was Moe’s dad, police are baffled and the case goes cold. It’s about six years before they get a break. A woman is arrested after leading police on a chase in a stolen car. At the station she tells cops she has information about a murder. When she describes the murder, cops realize she’s talking about Grace and they call the detective who handled her case. The woman describes the homicide scene exactly and names the killer, I’ll call him Ted. Apparently, Ted took two women with him to Grace’s apartment. They knocked on the door and asked Grace if they could use her bathroom. When she said yes, Ted forced his way inside, then told the girls to wait in the car while he killed Grace. Neither Ted nor the girls have any relationship with Moe or Grace, they are complete strangers. Police look for Ted and find that he is in prison serving time for armed robbery. Eventually he tells them he was hired to kill Grace by a man I’ll call Howard. Again, Howard doesn’t seem to have any connection to Grace or Moe, why would he want her dead? Then they find out that Howard was Angry Daddy’s business partner in another state. And low and behold, they also find out that Angry Daddy is not dead! Eventually he is convicted of hiring Ted through Howard to kill his daughter in law. (there is more to the story about his faked death, but it’s complicated.)

In both scenarios, the killer thought he was devising the perfect murder. But only the second one had any chance of working, and it might have worked if Ted hadn’t taken witnesses to the crime with him. I personally believe it’s impossible to think of every contingency when planning a murder, which works great for a novel. Something always trips the killer up so the murder or crime can’t be perfect, my fictional detective has to solve it.  And there really is no such thing as the perfect murder because nothing is secret from God. So even if someone thinks they’ll get away with it here on earth, they will be busted sooner or later.

2 thoughts on “Is There a Perfect Murder?”