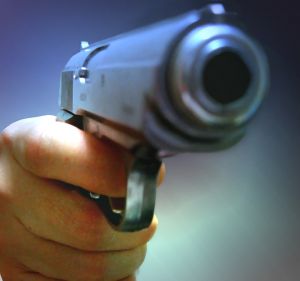 I read that headline and had to click the link and read the entire article. The gist of the piece is that police officers were confronted by an emotionally disturbed man who pretended to have a gun in a crowded area (Times Square no less) and they made the judgment call that they needed to use deadly force. Obviously it was the wrong call as two innocent people were injured and the disturbed man was eventually taken into custody with a taser.

I’m not posting this to second guess the officers, I’m simply making some observations. People make judgment calls at work all day long, but there are not a lot of professions where the wrong call can take a life or seriously injure someone. And even fewer professions garner headlines and breaking news stories and millions of armchair quarterbacks jumping in with opinions when someone makes a bad judgment call.

The situation is tragic for all involved, but I feel for those officers because I know that they have probably been involved in many other life threatening situations where they made good judgment calls and everything came out right. Those incidents will rarely be headline news.

It is a sobering responsibility to be trusted with a gun and the obligation that comes with it. I never had to use my firearm, but the one time I came close could have ended just as ugly as this incident in New York. My partner and I were being threatened by a man with a gun. Neighbors had called 911 because he was on his porch with a hand gun. When we arrived the man was indeed waving a handgun around in a threatening manner. My partner and I took cover and confronted him, ordering him to drop the gun. It was tense for several long minutes and we might have been justified in shooting him. He was a threat not only to us but to his neighbors. (And we were never trained to shoot to wound, if we had shot it would have been to stop the threat and that means aim for center mass)

But both of us patiently waited for an opportunity to safely approach and take the gun away and arrest the man without incident. Turns out the man was very drunk and the gun was inoperable. Am I glad I didn’t pull the trigger? You bet. Do I also recognize that it could have been an entirely different situation if the gun had worked and he had fired while we waited and hurt someone? Sir, yes, sir.

Most of the time when officers are confronted with life threatening danger they don’t have the luxury of time. They have a split second to make judgment call that could make them a hero or a bad guy. I pray for those guys in New York as I pray for all police officers. It’s a tough job in a world that seems to get more dangerous by the hour and they need wisdom to make the good call.

4 thoughts on “Judgment and Police Shootings”