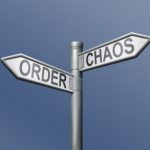 Watching the coverage of the Boston bombing reminded me of how much work goes into responding to tragedy whether it’s a natural disaster or a man made disaster. And it reminded me that a lot of people contribute to a successful ending and not all of them will be recognized for their help, their sacrifice, or their quick thinking. First responders bring order to chaos and ease to suffering. In Boston  so many people on the scene jumped into action to help immediately. Some were first responders, some weren’t. A lot were people who saw a need and rushed to fill it with out concern for their own safety. There’s a story going around about a spectator jumping right in and applying first aid to a man whose legs were blown off and saving his life.

Whenever something happens that requires emergency response, I learned quickly when I was very new on the job, most cops and fire fighters just want to help. They do what their training has taught them without the need for accolades or pats on the back. They have to wade through the worst that can happen can happen in this world and they just move forward. Sometimes the heart of a first responder also resides in people on the street, the man who runs into a fire to save a neighbor, the person who helps a victim at an accident scene, they step in because they know something has to be done, there is a need to bring order to chaos, help to the hurting.  And it’s very rare they will be thanked in a manner commensurate with their contribution.

And when the initial horror is over there are the first responders who have to switch gears and investigate. People see snippets of what goes on in a complicated investigation but not the entire laborious process. The officers and agents in Boston had a horrific crime scene to deal with. They had to process everything quickly, efficiently, and without any errors that could accidentally free the perpetrator.  Long after the cameras were gone they put in hours and hours of hard work, sifting through blood, pain, videos, horror, pictures and tips. As I write this, two days later, reports are that they already have a suspect. Catching the person responsible for the carnage may not bring the dead back but it will go a long way to helping people heal, helping people feel normal in their lives again.

No one wants to see a tragedy like what happened in Boston, but when one does, I thank God for those people, whether in uniform or not, who have the heart of a first responder. Often they are unsung heroes and this is my small way of singing their praises. God bless them.

2 thoughts on “Unsung Heros – The Heart of a First Responder”