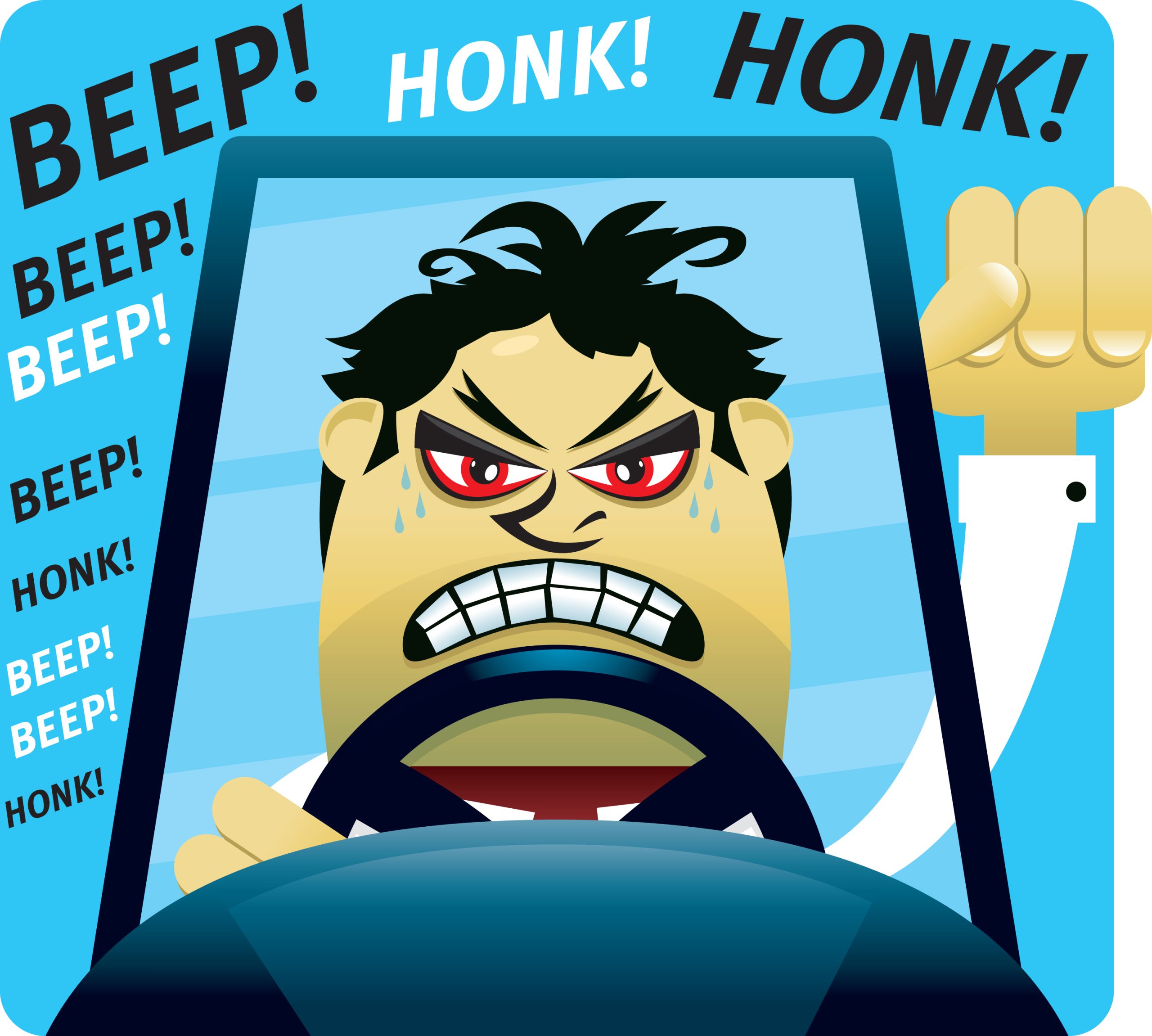 “Aggressive driving” refers to an angry motorist attempting to intentionally injure or kill another driver because of a traffic dispute. Aggressive drivers react negatively and use their vehicles to retaliate by making sudden, threatening maneuvers. This makes “road rage” a serious issue of traffic safety – the safety of yourself and others.(Iowa Department of Transportation)

The fact that road rage,aggressive driving, accounts for half of all traffic fatalities is sobering. It’s not difficult to make some people angry on the road. If you accidentally cut someone off, or travel at a speed too slow for them, they could become so angry and wound up, they could cause an accident and kill you or someone else.

Coming from Southern California, I am all too familiar with road rage. There is so much traffic in So Cal, and everyone is in a hurry, any perceived slight on the road can result in hand gestures, verbal assaults, even gunfire. When this video, http://abcnews.go.com/blogs/headlines/2014/05/dash-cam-captures-women-drivers-in-san-diego-road-rage-wreck/, showed up on Facebook last week, I was not surprised. In the clip, two people seem to be arguing from their cars, then one veers into the other and they both crash on the side of the freeway.  The driver in the pick up makes the aggressive move by ramming the smaller car and that sends both cars across lanes of traffic, in front of a large tanker truck. Can you imagine what would have happened if they’d hit the tanker truck? And the freeway is crowded, it’s not a light traffic day.

And this problem is not solely an American road problem. Another clip I came across is from Australia.(https://www.youtube.com/watch?v=gYm9vCPLoG4&noredirect=1) and shows a irate man person actually chase another driver all over the place, ramming him, cutting him off, and finally jumping on the hood to smash the front window. What is chilling about this clip is that the man being chased was truly in fear for his life, and he had no idea why the angry man was chasing him. He’s on the line with the Aussie 911 almost the whole time, but an officer never makes it to the moving scene. Road rage is difficult for law enforcement to handle. It’s one thing to find a stationary dispatch address, but when people are in moving cars, especially in California where there are ribbons and ribbons of highways, catching someone in the act, before a crash or a fight or worse, a shooting, would take the greatest stroke of luck.

I’ll admit, I can sometimes get frustrated with people on the road, especially people talking on their cell phone because they are always clueless to what is going on around them. But, a vehicle can go from a convenient mode of transportation to a deadly weapon in a split second. And nothing someone does on the road should be worth your life. After seeing these clips, my goal is drive calmly and with care.  I never want to be the object of someone’s rage.