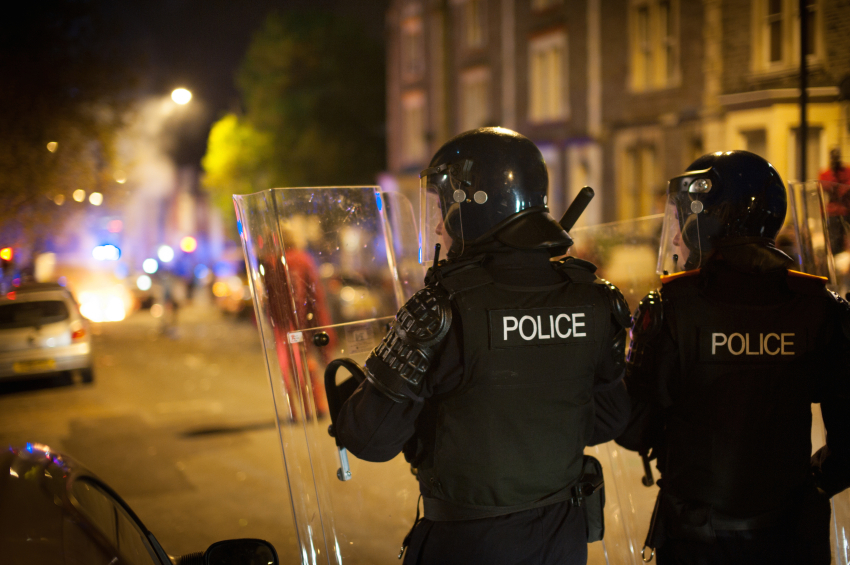 Over the weekend riots erupted in Missouri over the shooting of an unarmed man by police. (http://hotair.com/archives/2014/08/11/video-riots-tear-through-missouri-town-over-police-shooting/) This post is not meant to comment on the shooting, because all of the facts are not in and I’ve always believed that it is irresponsible to comment with out all the facts. This post is meant as an observation about the riot, and riots in general.

I was a relatively new officer during the Rodney King riots in LA in the early 90’s. Those riots were not pretty. I say those, because the unrest was not limited to Los Angeles, though that was where everything started. We saw our share of issues in Long Beach, including looting, one homicide, and businesses being burned to the ground.

The day the verdict was read I was working day patrol and at first nothing seemed out of the ordinary. Everything changed when school got out. The first rioting crowds were teenagers from local high schools.

I remember responding to absolute insanity as crowds of kids tried to storm the local mall. It made no sense to me; How does stealing from someone who had nothing to do with your grievance change anything?

To say the department was unprepared would be an understatement. We faced rock and bottle throwing without helmets or riot gear. Organization came slowly, but the chief was able to convince mall merchants to close early and a small group of us, about 20, were able to keep a group of about 100 – 200 teens from making it to the mall.

That was one small victory. Once the growing mob saw they couldn’t get to the mall, they turned and ran, straight for a grocery store. They threw debris, knocked over newspaper stands, ran over cars along the way and did as much damage as they could before storming the market and there was nothing we could do to stop them.

For the rest of the day and into the night were went from incident to incident, really serving as a small plug in a flood. And the crowd became older and meaner. I understood that there was a perceived injustice with the verdicts in the King trial, what I didn’t understand was what the looting and the rioting was going to solve. In fact, I interacted with looters who had no idea what the verdict was, but saw an opportunity to steal and not get caught. Because we were overwhelmed a lot of looters were ordered to drop their loot and leave the area. Of course, there was no way to be certain they did leave.

The riots I saw showcased the worst traits in humanity. They did nothing but destroy the neighborhoods and services for the very people who believed they were wronged. In reading about the riots in Missouri, a lot of the people who caused destruction and looted were not even from the area, they came from other towns to steal and destroy. (http://www.kmov.com/special-coverage-001/Reports-Ferguson-protests-turn-violent-270697451.html) Other reports say the looters are proud of what they are doing, boasting on social media.

Years ago, standing in the middle of a darkening street, outnumbered by hundreds of out of control looters, realizing that I was a target for any one who wanted to shoot, or throw a bottle, is something that will forever be branded in my mind. Rioting and looting solves nothing and as far as I’m concerned is never justified. It is only an excuse for the baser instincts in a person to come to the surface. And it is ugly in any context.

1 thought on “Riots and Looting”