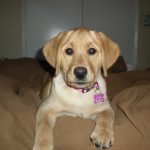 My home in the mountains is surrounded by forest. There are hiking trails everywhere and a few wide, clear fire roads to hike on. A few years ago, a man from the neighborhood went on a hike. Not a big deal, there are hikers up there all the time. But this man went on a day when the weather was supposed to get bad, a storm was moving in. He left his house on foot when things were clear and was in the forest quickly. But soon, the fog and the leading edge of the storm also moved in. The fog in the mountains often gets so thick it’s easy to lose perspective and not know what is up or down or north or south. Apparently, this is what happened to the man, he lost perspective and couldn’t find his way home.

He had a cell phone and called 911. Search and rescue got a ping on his GPS and told him to sit tight, they’d find him. Well to make a long story short, they didn’t find him and the snow began to fall. That storm turned out to be an epic storm and soon the forest and the town was covered in at least four feet of snow. The poor hiker was not found before conditions got so bad the search had to be called off.

It wasn’t until the spring came and the snow melted that they found the hiker’s body. He apparently sought shelter and sat down in a depression to wait for rescue that never found him. The saddest part of the whole story was that he’d died less then forty feet from a fire road that had he found it, it would have led him safely out of the forest.

This sad prologue leads me to Abbie the Labby.

Abbie my yellow lab is a trouble maker, no two ways about it. But she is also a sweetheart and very precious. She’s now seven months old and seemingly growing by the day. I bought Abbie with the hope and aspiration of training her for search and rescue. I’d love for her to be the lab that rescues the lost hiker.

I knew when I brought her home that to do this, search and a rescue, I would be the limiting factor. My time input and my resolve would be crucial. (Years ago a man I knew who worked with dogs told me I’d never be a successful dog trainer because I’d be too easy on the dog. Guilty as charged.)

At Abbie’s puppy class I discovered two things: she’s very smart and she is very manipulative. That being said, she can be an absolute joy and she learns things very quickly. She also enjoys using her nose.

We just started a course called Beginning Nose Work and Abbie loves it. I’ve learned that there are even nose work competitions like there are agility competitions for dogs. Right now she’s using her nose for food (she is a food seeking missile) and loving it. I look forward to moving forward and seeing exactly what she can do and to keeping you updated on our progress.