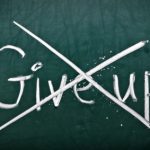 I’m not a huge football fan but I like to watch some bowl games and of course, the Super bowl. In the gym on Monday mornings the TV is on ESPN and I usually see the weekend game recaps. I have noticed over the past few weeks that when Tim Tebow comes up it’s just about unanimous, commentators hate him. Maybe they don’t hate him personally, but they seem offended that he’s playing football in the NFL. I’ve heard comments like this, “he’s not learning to read plays,” “he won’t last with all that scrambling he does,” and the number one complaint “his throwing motion is ugly, it won’t work in the NFL.”

Now, I threw the javelin in college, not well and not far, but I understand the mechanics of throwing an object. Granted a football is not a javelin, but I would imagine the basics are the same. So, I watched Tebow throw, and I guess I have to admit his throwing motion does look awkward. Compared to say Aaron Rogers of the Packers, there are light years of difference. Yet, he’s a starting quarterback and he’s winning.

I guess some say that Tebow was lucky the Broncos picked him up, and lucky to be a starter, but Tebow would probably say luck had nothing to do with it, it was all God. As I write this, Tebow has just won a game he was not supposed to win and is still playing in a league he was not supposed to be playing in. When he’s interviewed, he’s enthusiastic, humble, and committed to hard work. He realizes that he is blessed to be where he is and wants to do all he can to stay there, and he gives all glory to God. Despite all the critics off the field and all the hits on the field, Tebow gets up and keeps trying.

What does this have to do with writing? Nothing, really, but hearing the criticism of Tebow from different places, and all the Monday morning quarterbacking, and even Tebow’s own reactions to it made me think about being at a writer’s conference trying to pitch a manuscript and being rejected over and over. Maybe rejections are not as brutal as a publisher saying “I hate this, it’s ugly,” or “your writing will never be good enough for this league,” but sometimes it feels that way.

One morning, watching a play-by-play commentary of a Tebow game, I was reminded of my first book and the many, many rejections I received. The first rejection I will never forget. It was my first writer’s conference and I had no clue how everything worked. Someone said, sign up for your 15 minutes with an editor and show him your work. I did and the editor was brutal. He didn’t get past the second sentence of the page I gave him to look at, before his pen was out slashing away. He didn’t say it, but what I perceived was: my writing was ugly: this story would not sell.

I was crushed, but to make a long story short, I kept writing, rewriting, getting rejections and rewriting some more. There were times when I felt like everyone was trying to tell me in a nice way that I couldn’t write, that my throwing motion was awkward and I would never sell a novel to a publisher.

All I knew was that I had to write and I had to keep trying. I stayed enthusiastic, accepted all the constructive criticism that I could, and worked hard. The book that started out so ugly is my novel, Accused, and it was purchased by Tyndale Publishers. It will be released February 1, 2012.

Bottom line, Tebow, by the grace of God, is doing what he loves, and also by the endless, bountiful, and forgiving grace of God so am I.

1 thought on “Tim Tebow, Writing, and Me”