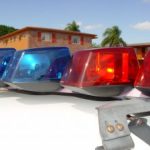 Back in the seventies there was a TV show called Baretta. The tag line was something like, “you do the crime, got to do the time.” Very straight forward until the individual doing the crime is a minor. If someone 12, 13, or 14 commits a serious crime, should they be locked up for the greatest portion of the rest of their lives? When I worked as a juvenile detective, I’ll confess there were times I thought that the old adage “children should be seen and not heard” should be applied across the board to anyone under the age of 18 who committed a serious crime; in other words, lock them up and throw away the key. Kids, especially teens, can be difficult to deal with and impossible to reason with.

But every so often I’d run across a kid that made an incredibly stupid decision in a moment of anger or impulse. Sometimes they had no concept of the consequences their actions would engender until it was way too late.  Can’t put the genie back in the bottle, so what do you do with the kid?

In California the juvenile justice system is set up with the idea that rehabilitation is possible with kids. The juvenile court process is supposed to be non adversarial, petitions are filed not criminal complaints and the hope is that the kid can be saved. If a crime is particularly heinous, or the kid is a known gang member and he/she has been in and out of the system many times, they can be taken out of the juvenile system and tried as an adult where punishment becomes the focus. This is where you can see a 15 year old sentenced to life in prison. What is best? Does a minor benefit more from the “non-adversarial” concept of rehabilitation or the punitive concept of adult  justice? Or maybe we should forget what is best for the minor and only look to what benefits society at large.

(As I finished this post a high profile case in Ventura California just ended in a mistrial. The case concerns a 14 year old boy on trial for killing a gay classmate. There is no dispute that the boy pulled the trigger, the case boiled down to what the boy should be convicted of, premeditated murder or manslaughter, the difference between life in prison or a sentence that would have the boy being released eventually. The jury could not come to  a verdict and one juror said that the fact that the boy was only fourteen when he committed the crime was a huge bone of contention.)

I’m far removed from the job in juvenile investigations now, I’ve been retired and I now view crime from the stories I read in the paper or on line.  I believe now that there is no way for the justice system to rehabilitate minors. It may scare some minors straight, it may teach some minors to be more proficient criminals so the next time they come back they’ll be tried as adults. But by and large I don’t think the court system can save or change anyone in a positive way. The only thing that can save or rehabilitate criminal minors is a change of heart. And the only thing that that can bring about a lasting, positive change of heart is the love of Jesus Christ. There is hope for teens who commit horrible crimes and this hope will also benefit society at large. My friend Sheri is part of a ministry that is committed to bringing the hope of Christ into the jails where incarcerated youth are held. Pacific Youth Correctional Ministry is not about what type of punishment or rehabilitation criminal kids receive that may or may not change outward behavior, it’s about giving kids the hope of Christ that will change them from the inside out.

1 thought on “Doing the Crime and Doing the Time”